"Plenty of prisons..."
"And the Union workhouses." demanded Scrooge. "Are they still in operation?"
"Both very busy, sir..."
"Those who are badly off must go there."
"Many can't go there; and many would rather die."
"If they would rather die," said Scrooge, "they had better do it, and decrease the surplus population."

At this Christmas time of year we are all familiar with Charles Dickens classic piece of literature A Christmas Carol. The book, where the hard unfeeling Scrooge is taught the joy of the season through the visitation of three spirits. In fact we have all likely watched a version or two of it over the last few weeks (particularly the Muppet version – a long standing favorite of mine).

This year I felt like I have seen it playing out right in front of my eyes. As you walk into my apartment complex, the first sight that greets your eyes, are traditional one story homes. They are slightly old, and run down… but families still all live together in the one or two room structures and have for years. These households are part of the people that make up my neighborhood. They always stop and talk to me on my way in or out, they offer me fresh made bread from the tonur as they stand around baking, they always offer me to come in for a cup of tea and a quick visit, the children kick the ball in my direction and let me join the game.

But not anymore. Now their homes look like this. 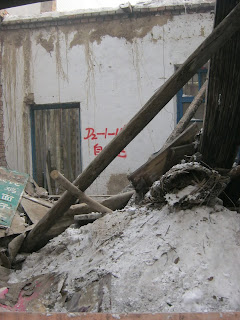 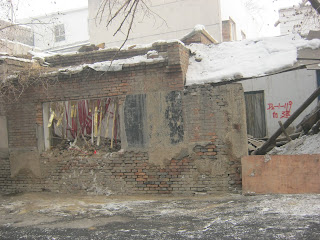 Nothing but a pile of rubble. They are being torn down. Likely to put up another high rise. Yes the owners are offered a buyout plan for their properity (not always the best or very fair deal- but at least a new place). It is sad to see people kicked out of their homes over the Christmas season… it feels like a very scrooge-ish move. Of course to them the time of year had no relevance… many of my neighbors had no idea what Christmas was or that it was even a big deal. Oh they have heard about it before, and they have seen the decorations up in more western stores like KFC, but the actual reality of Christmas spirit, of love, joy, peace expressed at this time of the year is unknown. So they didn't understand why I thought it was so 'bahumbug' that they all moved out this week. 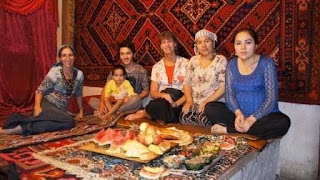 I am really going to miss some of these dear people.

Yes, it is so horrible, it makes me so angry, destroying a way of life. Watching in fear as it also eats up the countryside.