This past week I travelled out to Vancouver for a conference and got to hang out with one of my friends. I also meet some of the Uyghur community that have immigrated to that part of Canada. They were having a large party, often called a Mexrep, which just means there was a lot of good food and dancing.

When I first arrived I had was shy and decide to not mention to much that I had lived in Central Asia, or spoke the language. So I was just asking people questions about the food, the culture, and there clothing. When I got to the end of the serving table I heard a person yell “Mehrigul” (my Uyghur name). The girl severing drinks also formerly lived in my dorm building at the university. Next thing you know she was speaking Uyghur to me a mile a minute, and everyone looked shocked. Before the end of the night this girl had me up front singing a traditional Uyghur folk song ( and if you know me at all you know I should not be up in front of anyone, singing any song in any language). 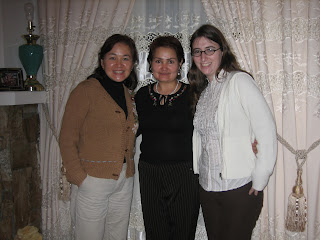 Dinner at My Uyghur frinds house

It turned out to be a great trip. My friend gave me the grand tour of Vancouver. Neither my home in Central Asia or here in Canada are surrounded by such beautiful mountains and rivers. 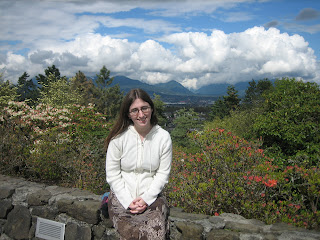 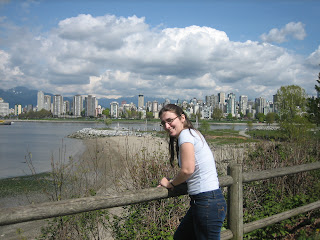 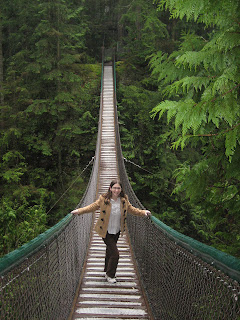 I can't belive that I actually crossed that bridge.
Posted by KSA at 8:25 pm

I've been on that tour! And on that bridge! She's a great tour guide isn't she!
I miss you Karen, I hope I get to see you soon!

Thanks for coming to lunch today :). I really enjoyed it.