Sometimes Owning is Better than Eating

One of my friends and her husband are moving, which means they are in the midst of cleaning out their apartment and giving away a bunch of stuff. My roommate and I scored all of their old foreign food mixes. 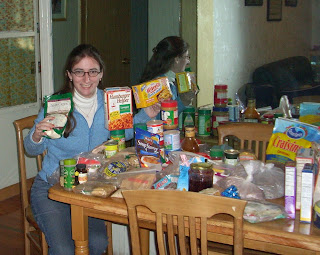 All of our new treats

Packages from home filled with Mac and Cheese, soup mixes, coffee and hot chocolate are one of the most exciting things to get in the mail. It’s like sending all the joy of a North American grocery store in a box. My roommate has been known to say that a care package doesn’t really live up to its name unless it has food supplies. 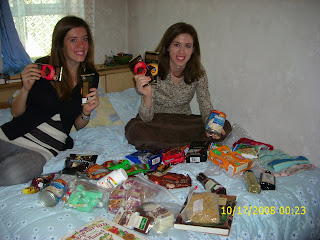 It is so fun to open the kitchen cupboard and see it full of all these goodies we just can’t buy here. As I look at each box I can clearly imagine what the dish tastes like, I start to salivate. Just standing looking at it brings so much joy. 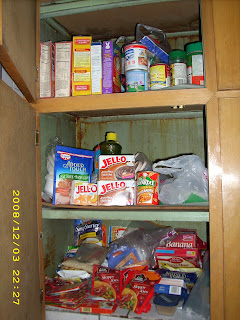 Sometimes the joy of just owning the food is better than actually eating it. If you live overseas you know what I am talking about… the anticipation of what it will taste like, the dreams and images it conjures by merely feasting with the eyes go on and on… but once you have opened the box and consumed the food the dream is over. The box no longer joyfully greets you when you open the cupboard… the anticipation has been met… the longing fulfilled… and dead.

I know I am not alone in this feeling, in fact it would explain why all of the supplies my friend gave me the other day are past their best before date. (Do you think it is safe to eat Velveeta – still sealed- with an expiration date of 2004???). I tend to view these dates as mild suggestions printed to merely relieve the company of any legal obligation. Although I do remember this same friend once making a pie for thanksgiving using shortening that was years old, the end result was just gross. I think in that case she should have held on to it longer and enjoy the dream instead of the reality.
Posted by KSA at 9:14 pm

First of all, Velveeta isn't a food (but I do love it tho' I haven't had it in years).

Second, I understand the feeling. When as a child we moved to Canada I kept missing all the good 'candy bars' (we didn't call them chocolate bars). On a trip 'home' I would gobble a few favourites and then buy a stash to stare at and salivate over when I got back to Hamilton.

PS - I can send you some 'Road Kill Helper'. That's what the package actually says. We picked some up a few years ago.