Last month I gave into the pressure of local friends telling me I needed to try sand therapy for my joints, this month I decided to let a friend take me to the Traditional Medicine doctor in hopes of finding a cure for my stomach issues. Yes, I have stomach issues. They are not something we discuss much in a North American context, but out here it is totally normal to complain about your bowel movements . Ever since my friend and I drank some not fully boiled water almost two years ago we have had reoccurring troubles. Since we had mentioned it a few times to local friends we finally had one women insist that she wanted us to see a traditional Doctor, ironically it was her restaurant we drank the water from two years ago.

I had one run in with traditional medicine before. Once when I was in a black taxi (a.k.a random car that I talked into taking me where I wanted to go), the driver said he had studied traditional medicine and asked if he could show me. At first I thought it was his sneaky way of getting to hold the white girl’s hand, but after he grabbed my wrist he just held it like he was taking my pulse. After a minute he said “oh you haven’t been sleeping well because of pain in your shoulders. You take a lot of different medications and you have also had surgery on your legs and they have metal in them”. I was shocked and surprised that he could gather all of that so quickly and just from holding my wrist. His accuracy made me more open and willing to go with my friend and at least see what the traditional medicine doctor had to say.

The appointment with the doctor only cost us about $1.50. My friend went first; as he held her wrist he asked questions about her stomach and how often she was using the washroom. After a few minutes he had the secretary write up a prescription and she was done. I paid my money and stretched out my hand. He asked me what I was there for. I mentioned struggling with some of the same symptoms as my friend. He once again called out a prescription, but as you can see by the photo, based on what he felt in our bodies even though it is the same issues he suggested different treatments.

He told us we could fill our prescription in the other room. We would have to boil up the contents of what they gave us and drink it twice a day for five days (at least everything is all natural, mine is the one with the orange peel, dried red dates, and stick looking things). The doctor also said we were to avoid eating spicy or cold food (his definition of cold food is not based on temperature). The lady in the next room, in accordance with the tradition aspect of it all, actually rang our total bill up on an abacus. 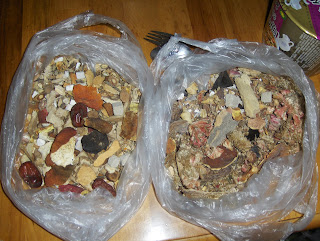 Our medicine (mine is one the left) 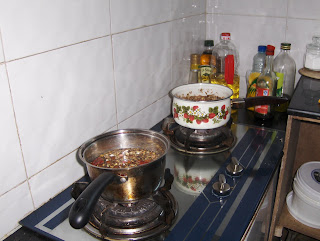 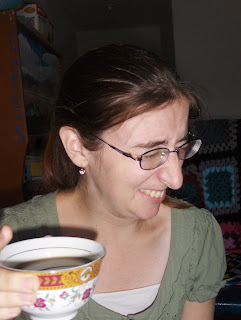 Reaction to the first sip 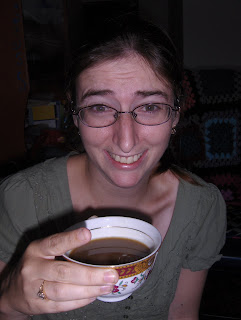 Realization that I still have to drink 9 more cups of the stuff this week
Posted by KSA at 10:02 am