My friends and I had a six hour layover in Macau last week and we decided to go out and explore the city. Talk about confusing your senses: The city was a balance of old ruins and brand new bright light casinos. 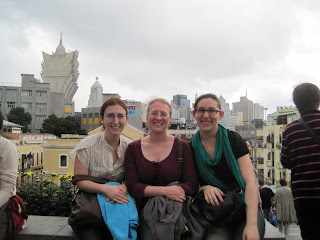 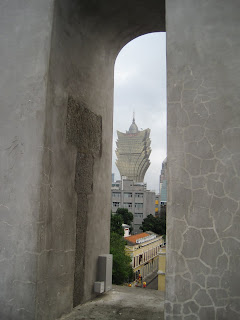 It was also a weird blend of Portuguese and Chinese. All the architecture looks like it was pulled straight out of Portugal but the music sounded like it came from Beijing opera, and all the decorations look just like what I imagine most of China looks like. It was a sea of contradictions that were hard to put in their place. 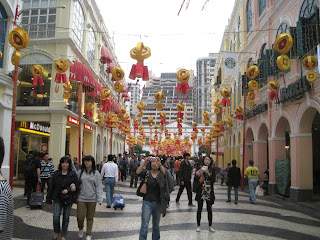 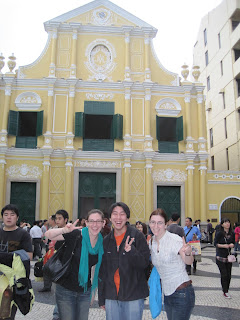 Macau, use to be part of Portugal, but in 1999 the city was given over to China with the promise that nothing would change for 50 years. That means that you don't need a Chinese Visa to visit Macau and it is a cheap fun place to have a layover when travelling. All of the signs around town are in three languages, Chinese, Portuguese, and English.
Posted by KSA at 9:14 am

Love the pics!! (and your header picture...fun!)