The Baby with All the Hair

My mother has always told me that I was the ugliest baby she ever saw. In fact in her telling of the story even the nurses at the hospital where I was born couldn’t find a single complementary thing to say about me. They never said “Oh she is so cute” or “what a beautiful baby you have.” Instead the nicest thing they could think of was “Oh so you're the mother of the baby with all the hair.” 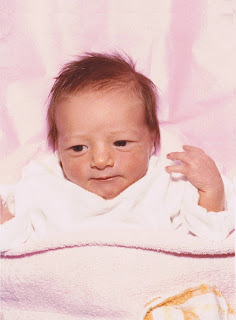 Me when I was a baby

I found myself using the exact same line the other day in reference to my friend’s baby. Not because she wasn’t an adorable child, but because I was trying to honour my friend, her baby, and their culture. For the Uyghur people, it is very rude to gush over a child and claim how beautiful the baby is. They have a great fear of demons and the evil eye. The belief is that if you compliment a person too much the evil spirits will notice and perhaps attack the person. I wanted to thank my friend for sending me pictures of their child (they had to send the photo over email because a Uyghur woman and her baby are not allowed out of the house for 40 days after the birth). But I didn’t want to scare them into thinking I was casting a curse on their baby… so I settled for the good old comment that had often been made about me "Oh, look at the baby with all the hair." 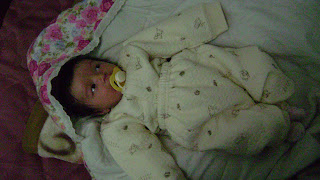 To us this sounds like a very strange belief… but it is very real in Uyghur culture. My roommate went to visit her friends in the countryside a few months ago. Most of the neighbours had never seen an American and everyone who met her commented on how beautiful she was. The neighbours made such a big fuss about her big blue eyes and her gold hair, that when she got sick the next day they were sure that all the attention had attracted the evil eye. The grandmother of the home then performed a bread ceremony over her to try to rid her of the demons. No one ever seemed to realize that drinking the water straight from their tap might have negative effects on her stomach.

In class the other day my teacher was saying they often lie and call a child ugly just to keep the evil far away. Maybe that is what my mom was doing all along. I wasn’t REALLY ugly; she just said it for my own sake. (haha)

40 days! I can't decide if that enforced postpartum homestay would be relaxing and healing, or if it would drive me crazy. It might be hard not even going outside for that long; but I bet your friend has a lot of relatives helping her, which would be nice - that's something we are often missing in the West.

By the way, I do not think you were an ugly baby :)