I am finally back at my own desk, writing from my own home. Vacation took a little longer than expected, but as you will see it was a lot of fun. A few friends and I decided to take a boat from Northern Thailand up the Mekong River which flows between Myanmar and Laos right into China. The original plan had been to take the boat on Monday the 9th, but China for some reason decided not to let boats into the country that day. We had to wait around in Thailand an extra day or so. 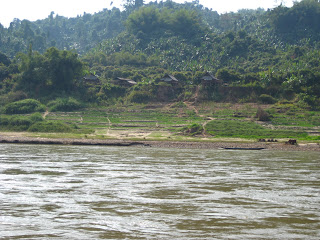 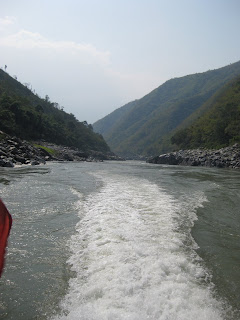 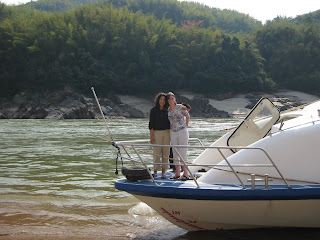 It was a beautiful jungle trip. The boat even stopped on the beach of Myanmar as the staff wanted to collect rocks to take back to China with them. They said they would be able to sell them for a good price. This meant that we were playing on the beaches of Myanmar illegally since we didn't have a visa to be there. The river was pretty narrow where we stopped and right on the other side of us in Laos. 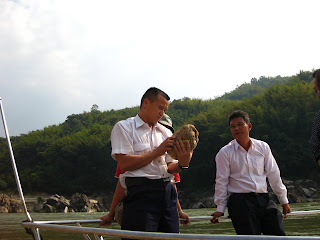 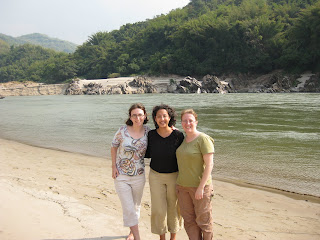 It was a suppose to be a nine hour trip, but took us closer to twelve, even then they let us off at the wrong port in China and we had to take a two hour bus ride through some very winding roads (in the dark... it was a little scary at the speeds we were going).

Once in China we found that the tickets we had tried to reserve had been sold out from under us (since we arrived two days later than planned we could no longer purchase them, and the flight was sold out) my friend and I were stuck there for an extra two days. It was quite the adventure. But we did see the famous Chinese Pandas and even found an old style traditional architectural Starbucks... ah when the old and the new, the east and the west meet, it is a beautiful thing. 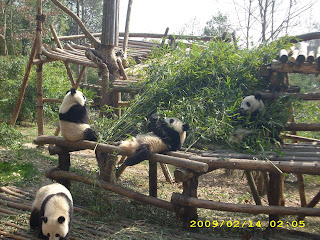 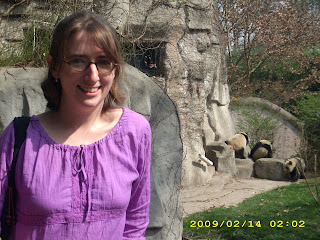 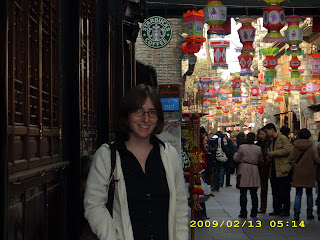 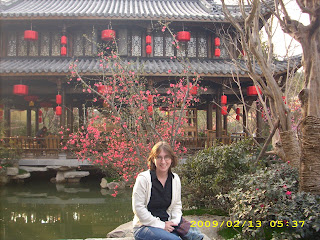 For some reason even after waiting two days it was hard to get a flight back to Central Asia. The only tickets available were first class. We ended up buying them, but I think the stewardess (and probably everyone else in our cabin) could tell this was a new experience for us. We thanked them every time they came by. We oohed and ahhed over our soft pillows, fluffy blankets, free slippers, real dishes, and big comfy seats. And by 2 a.m. on the 15th I was finally home.
Posted by KSA at 10:05 am

Hi Karen! i've been reading your blog for a while now - and have wanted to comment on a lot of things, (except perhaps when i was too overcome with jealously that you were in thailand and i was not!!) but am just trying to figure out how!! hope this works...and glad you are home safely! :)

what an adventure. sounds like fun! and i love that starbucks you found. :)

i see that i actually didn't figure out the whole comment thing - cuse it says "Dave" and actually it is Martina writing...

Hey Martina... It is soooo good to hear from you. I was wondering the who Dave was. How are you guys doing? I can tell from your skype picture that the kids are getting big. We should chat sometime... I would love to catch up more than just the comment section of my blog.